“I hold a Master of Arts degree in English from McGill University. I’m a
food-loving vegan who loves to read, write, watch movies, chill out with
music, cook, eat, and play. I grew up in Calgary, lived in Lethbridge,
AB for a while while I took my first degree, headed to Montreal for my
second, and eventually wound up in Vancouver, beckoned by the sea breeze.

It’s great to have you with us, Scott. So, what got you interested in running?

I was inspired to start running when I lived in Montreal by a few
friends there who were avid runners. My friend Edmund, in particular,
was a real motivator: over the summer of 2012, he ran from Montreal to
Vancouver–over a marathon a day with only a few rest days. I was
overweight at that point (still am, but less so) and I realized I needed
to get active. Running seemed like a relatively simple and elegant
solution, yet thoroughly challenging. I really like the individuality of
it (you are ultimately the only one setting your goals and keeping
yourself going) and the zen rhythm you start to fall into. I started
slow but soon enough got hooked, and I ran my first half-marathon in
Edmonton in August 2013.

Are you a plant-eater? Vegan or Vegetarian?

I’ve been vegan since around the end of September 2013, and vegetarian
since April 2012. I gave the idea a try because I thought it would be
good for my health, but stuck with it because I consider myself an
animal lover, and continuing to eat meat felt like a huge betrayal,
despite all those cultural, social forces that say it’s totally normal.
Again, a few close friends I had made in Montreal who already had taken
that journey really inspired me to go down that road. Simply put, I’d
rather see a smiling pig than have a huge plate of bacon in front of me.
The more I looked into it, dairy and eggs started to seem just as cruel
to me, so despite being a huge cheese-lover (it really was my favourite
food), I eventually went vegan. I don’t have any plans to turn back any
time soon.

What keeps you motivated to train?

The runner’s high really is a thing. I know, I was skeptical too, but
it’s seriously real! In obvious ways, running is hard and exhausting as
hell, but I feel great after I get back from a really long one. I
collapse, positively beaming, into a heavy-breathing, sore-legged heap.
It’s totally ridiculous yet awesome. Continuing to lose weight and get
fit is also a motivator, as well as the fact that I just really like to
get out and see and breathe in my surroundings, wherever I am.

If you could run with anyone (living/dead), who would it be?

After reading Born to Run, I’d have to give that honour to Caballo. Scott Jurek seems like an awesome guy too.

What is your all-time favorite race? Why?

Well, I’ve really only done one big one so far, and that was the 2013
Edmonton Half-Marathon. I absolutely loved it–the sense of community,
the excitement, all the people cheering you on. I’ve never felt anything
else quite like it. I really hope to do another one soon at a quicker
pace, maybe the Vancouver or the Montreal. One day: a full marathon!

Do you have a favorite pre-race food?

Almonds, dates, or dried cranberries. Larabars also hit the spot. Big
fan. And I won’t lie: I’ve been known to just take a heaping spoonful or
two out of the peanut butter jar post-race.

What piece of running gear could you not possibly live without?

Sharkies sure have saved my a** a few times. A washcloth to wipe down
the sweat and a good pair of running shoes with those cushion-y in-soles
are also key. (I’m not hardcore enough yet for that barefoot running
stuff.)

What do you tell yourself when you are struggling?

That I’ll feel goddamn heroic when I’m done, so hang in there.

Do you have any current goals? Races planned?

Vancouver Marathon, then maybe the Montreal Marathon (half first, then I’ll see about a full)

What advice would you give to someone who’s new to running?

Where can we find you online?

You can see what I’m up to on my blog which is a repository of things I think are cool as well as my own creations and writings. Or follow me on Twitter and Facebook.

Are you a runner? We would love to learn more about you! Please click here and submit your information to be featured as our “Runner of the Week.” We showcase a new runner every Friday! 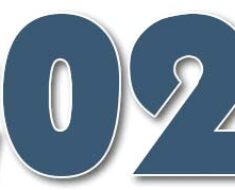