Home
Green Living
3 Types of Eco-Friendly Diapers – What are they?
Prev Article Next Article

Eco-friendly diapers are great for not only for your baby’s rear end but also great for parents looking for a green diaper solution. On average, a baby will go through 5,000+ diapers before they are even potty trained. Since a majority of families use cheaper disposable diapers, almost all diapers end up in a landfill and aren’t recycled. Diapers make up several tons of waste every year, so it’s great that many different diaper companies are offering alternatives to disposable diapers. In this article, we will walk you through 3 different types of eco-friendly diapers that are an alternative to disposable diapers. If you want to learn more about all things diapers, please visit Diaper Talk. If you want to learn more about plant-based products, check out our article about vegan leather.

The downside of cloth diapers is that there is a ton of laundry involved. If you regularly do laundry it shouldn’t be too big of an issue, but you’ll have roughly 2 extra loads of laundry per week. However, this alternative is significantly better than having thousands of diapers end up in the landfill without being recycled.

Organic diapers are relatively common for babies that have extremely sensitive skin and need a hypoallergenic diaper. Organic diapers are made of 100% plant-based materials, but work the same way as a normal disposable diaper. There are multiple layers of absorbent layers that lock away moisture and prevent it from touching your baby’s skin.

The benefit of organic diapers is that many disposable diapers are created with chemicals like chlorine which can be hard on a baby’s skin. In addition, as a parent, you can rest assured that when you throw your baby’s diaper away that it will be biodegradable in a landfill and you won’t be harming the environment in any significant way.

Bamboo diapers are a relatively new form of baby diaper that is technically an organic diaper.  However, we gave it a separate category because they are exploding in popularity and more companies are creating bamboo diapers that are a relatively affordable way to lower your carbon footprint. Since bamboo is a 100% biodegradable plant that replenishes quickly, you’re lowering your carbon footprint.

Bamboo diapers are turned into fabric using a chemical called Sodium Hydroxide that is safe for babies and can be disposed of safely in a way not to harm the environment. There are several benefits to using a bamboo diaper including the fact that they are more absorbent than using a regular cotton disposable diaper.  In addition, bamboo diapers are more hypoallergenic, breathable, and better at wicking away moisture than normal cotton diapers. However, the downside is that they are slightly more expensive than your normal disposable diaper.

Conclusion for 3 Types of Eco-Friendly Diapers

If you’re looking for an environmentally friendly diaper, consider cloth diapers, organic diapers, or bamboo diapers. Not only are these types of diapers better for baby’s that have sensitive skin and get diaper rash, but they are also better for the environment. Keep in mind that each time you throw away your baby’s soiled diaper, it can’t be recycled and will end up in the landfill. Paying a little bit more money for a sustainable diaper option will give you peace of mind that you aren’t hurting the environment that your child will grow up in. 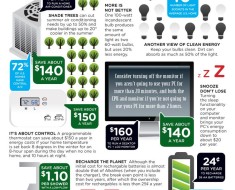 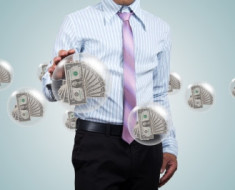 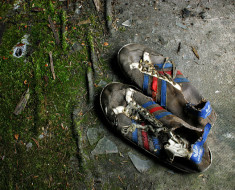