This is a guest contribution from Jared Harris.

Running helps reduce stress. This is something you probably already know, and it may be a big reason you run on a regular basis. Fortunately, there are mobile apps for runners that can help you to track progress, have fun, see new routes, and more. When I started running on a regular basis, stress reduction was a big reason behind doing so. But this activity can be tedious, and sometimes it can be hard to get a sense of progress and carrying around a pen and paper to track how you’re doing is inconvenient.

As mobile devices become more prevalent, I’m sure there will only be more running apps released in the future. And because our mobile devices can cause a lot of stress (like having to deal with constant emails, texts, tweets, etc.), I thought I’d list some good stress-reducing running apps.

Zombies have taken over pop culture, so why not include the undead in your jog? This story-based running app was co-created with award-winning novelist Naomi Alderman. Working via your phone’s GPS, the app tracks your progress as you run from hordes of zombies, giving you instructions along the way. Just like a “real” zombie chase, if you speed up, you’ll put more distance between you and the creatures, but if you slow down…well, you can guess what that means. It’s $3.99 for Android and iPhone.

This is one of the most intuitive, convenient apps for runners that lets you map out your routes, log how far you’ve gone, keep track of your current/average pace, and compare your previous runs. You can also log your goals and track your progress in regard to speed, distance, weight loss, or total miles. Plus, this one’s free, and it’s available on Android and iPhone.

No, it’s not an app that lets you run from spooky ghosts. But here’s what it can do: encourage you to hit the goal you’ve been wanting. The “Ghost” the title refers to is yourself. Here’s how it works: you pick a distance or pace you want to hit and then you train against the ghost. Compare your current and previous performances and receive audio cues of your progress.

This one’s $.99 and is only available on iPhone, though there is a free, less robust version.

You don’t always have to download apps to phones from a store. That’s why I’ve chosen to mention S Health: because it comes with a phone (the current Galaxy S4 and the soon-coming Galaxy S5). According to Verizon Wireless, you can “use S Health to track your steps, challenge friends, earn badges and get on-demand healthy eating advice.” The social aspects of the app can help you stay motivated and committed to your runs while competing against your friends or just other runners who use the app in the area.

This is by no means an exhaustive list, because there are more and more of these kinds of apps for runners being released on a regular basis. But these are a few ideas to get you started if you’ve never tried out a running app before.

Have you ever used any running apps? If so, which one is your favorite?

Jared Harris is a 20-something online writer who tends to tackle topics
within the worlds of fitness, technology, and gaming. He often finds a
way to make sure those three subjects cross paths in his work. 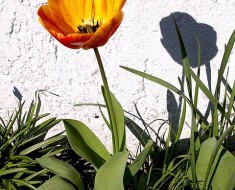